View the past recipients of the CMSC awards 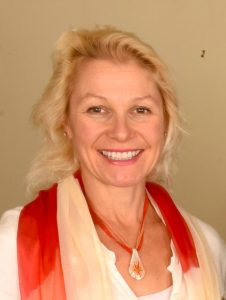 Creation of extremely strong and simultaneously ultra lightweight materials can be achieved by incorporating architecture into material design. Dominant properties of such metamaterials are driven by their multi-scale nature: from characteristic microstructure (atoms) to individual constituents (nanometers) to structural components (microns) to overall architectures (millimeters+). To harness the beneficial properties of 3D nano-architected meta-materials, it is critical to assess their properties at each relevant scale while capturing overall structural complexity.

Our research is focused on the design, synthesis, and characterization of nano-architected materials using nanofabrication and additive manufacturing (AM) techniques, as well as on investigating their stimulus-driven response as a function of architecture, constituent materials, and microstructure. These “meta-materials” exhibit superior and often tunable properties, i.e. resilience against impact, recoverability, failure suppression, anisotropic stiffness; nano-photonic response (PhCs); new electrochemical degrees of freedom (Li-ion batteries), and shape memory response (SMPs) at extremely low mass densities, as well as lend themselves to novel functionalities (hydrogel-enabled synthesis) which renders them useful and enabling in technological applications. We strive to uncover the synergy between atomic-level microstructure and nano-sized external dimensionality, where competing material- and structure-induced size effects drive overall response. My talk with focus on additive manufacturing via function-containing chemical synthesis to create nano- and microarchitected metals, ceramics, multifunctional metal oxides, and shape memory polymers, as well as demonstrate their potential in some real-use applications. I will describe how the choice of architecture, material, and external stimulus can elicit stimulus-responsive, reconfigurable, and multifunctional response.

Greer’s research focuses on creating and characterizing classes of materials with multi-scale microstructural hierarchy, which combine three-dimensional (3D) architectures with nanoscaleinduced material properties. We develop fabrication and syntheses of micro- and nano-architected materials using 3D lithography, nanofabrication, and additive manufacturing (AM) techniques, and investigate – among others – their mechanical, biochemical, electrochemical, electromechanical, and thermal properties as a function of architecture, constituent materials, and microstructural detail. We strive to uncover the synergy between the internal atomic-level microstructure and the nano-sized external dimensionality, where competing material- and structure-induced size effects drive overall response and govern these properties. Specific topics include applications of 3D nano- and micro-architected materials in in chemical and biological devices, ultra lightweight energy storage systems, filters for purification and chemically-assisted separation, damagetolerant fabrics, additive manufacturing, and smart, multi-functional materials.

Greer obtained her S.B. in Chemical Engineering with a minor in Advanced Music Performance from MIT in 1997 and a Ph.D. in Materials Science from Stanford, worked at Intel (2000-03) and was a post-doc at PARC (2005-07). Julia joined Caltech in 2007 and currently is a Ruben F. and Donna Mettler Professor of Materials Science, Mechanics, and Medical Engineering at Caltech. Greer has more than 150 publications, has an h-index of 62, and has delivered over 100 invited lectures, which include 2 TEDx talks, the multiple plenary lectures and named seminars at universities, the Watson lecture at Caltech, the Gilbreth Lecture at the National Academy of Engineering, the Midwest Mechanics Lecture series, and a “IdeasLab” at the World Economic Forum, and was recently selected as Alexander M. Cruickshank (AMC) Lecturer at the Gordon Research Conferences (2020). She received the inaugural AAAFM-Heeger Award (2019) and was named a Vannevar-Bush Faculty Fellow by the US Department of Defense (2016) and CNN’s 20/20 Visionary (2016). Her work was recognized among Top-10 Breakthrough Technologies by MIT’s Technology Review (2015). Greer was named as one of “100 Most Creative People” by Fast Company and a Young Global Leader by World Economic Forum (2014) and received multiple career awards: Kavli (2014), Nano Letters, SES, and TMS (2013); NASA, ASME (2012), Popular Mechanics Breakthrough Award (2012), DOE (2011), DARPA (2009), and Technology Review’s TR-35, (2008). She is an active member of scientific community through professional societies (MRS, SES, TMS), having organized multiple symposia, been chosen as Conference Chair (MRS, 2021; GRC 2016), served on the Board of Directors for Society of Engineering Science (SES) and on government agency panels: DOE’s Basic Research Needs workshop on setting Priority Research Directions (2020), National Materials and Manufacturing Board through National Academies (2020), and DoD’s Bush Fellows Research Study Team (2020). Greer is the Director of the Kavli Nanoscience Institute at Caltech and serves as an Associate Editor for Nano Letters and Science Advances. She is also a concert pianist who performs solo recitals and in chamber groups, with notable performances of “Prejudice and Prodigy” with the Caltech Trio (2019), “Nanomechanics Rap” with orchestra MUSE/IQUE (2009), and as a soloist of Brahms Concerto No. 2 with Redwood Symphony (2006).

History: The Metal Chemistry Award was conceived by Professor H. Hancock of the Technical University of Nova Scotia in 1988 to recognize outstanding contributions to metallurgical chemistry as epitomized by the inaugural winner, Professor L.M. Pidgeon of the University of Toronto. Since the time of its inception, the award has included recipients from universities, industry and government laboratories engaged in research activities ranging from hydrometallurgy, molten salt chemistry, corrosion and fundamental physical chemistry bearing upon smelting and refining processes. 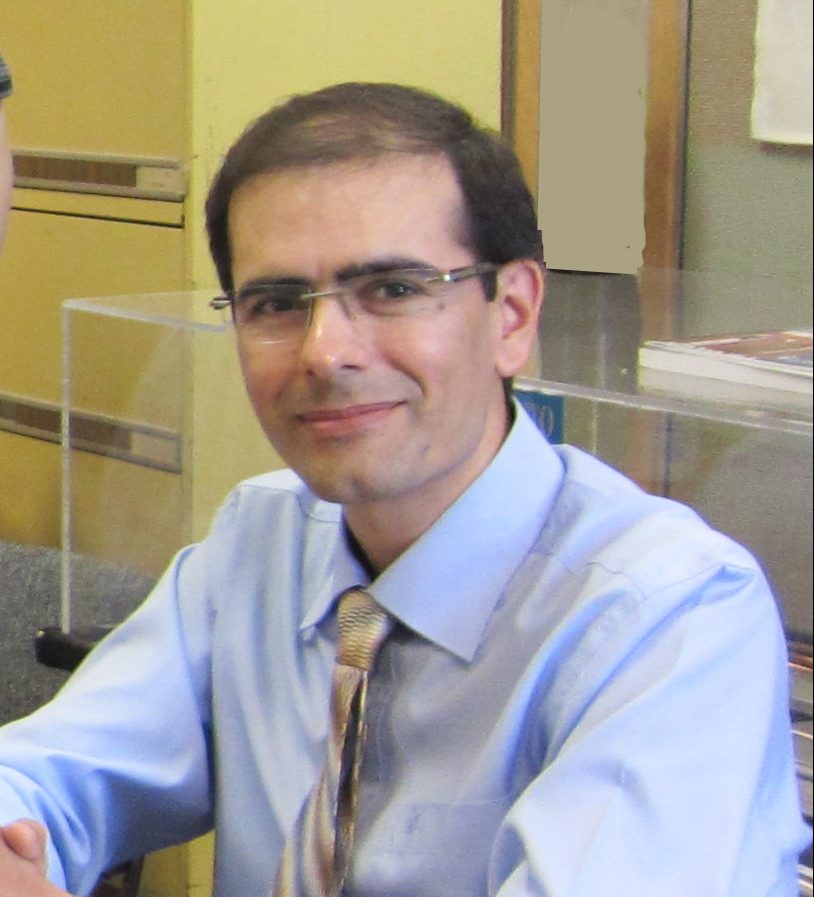 Thermodynamics, emerged as a field of science over a century ago but its application dates back to early civilizations. While it is founded on a few “old” and established laws, its application continues to bring about radical changes in our lives. In the age of sustainability, thermodynamic is once again at the fore of breakthrough innovations that aim to address our grand challenges: clean energy supply, green production, and living better with less resources. In this lecture, through several examples of metallurgical research in the speaker’s lab, it will be argued that thermodynamics is not just a scientific field to explain an observed phenomenon but a powerful engineering tool to relay upon for developing novel technologies and processes.

Mansoor Barati is Gerald R. Heffernan Chair and Professor in Sustainable Materials Processing at the University of Toronto. His research is centered on reducing the environmental footprint, and lowering the consumption of energy and resources in the metals industry, as well as development of high quality materials for renewable energy systems. He joined the University of Toronto after one year at WorleyParsons and established Sustainable Materials Processing research lab where over 80 researchers have worked in the past 10 years. His research has been highlighted in about 200 publications and patents has been recognized by many awards such as CMQ Best paper award, JOM best paper award, Metallurgical and Materials Transaction B Editor’s Choice Award, TMS Extraction & Processing Division Technology Award, Bicomacombe award, and PEO Young Engineer medal.

History: The Metal Physics Award was conceived by Professor T.S. Hutchison of the Royal Military College of Canada to recognize achievements in fundamental physics of importance to the understanding of metals as materials. At the time of its first award to Z.S. Basinski in 1977, the advancement of dislocation theory was the very essence of the kind of achievement the award was intended to recognize. Although the Award since that time has been awarded for excellence in a much broader range of research achievement including advancement in non-metallic materials. 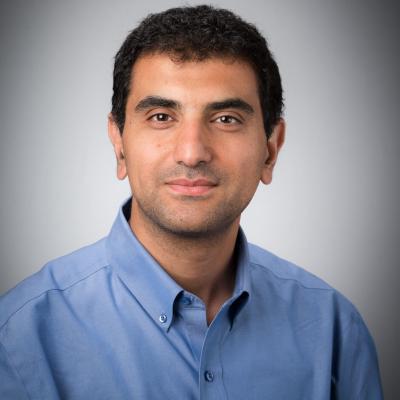 The Evolution of Microstructure in Steels- Role of Interfaces

Grain-growth and recrystallization kinetics are controlled by the grain boundary and its interaction with solutes and precipitates.  The kinetics of phase transformations, including diffusional transformations, are sensitive to the interface mobility and interface’s interaction with defects within the parent phase. In this presentation, the kinetics and thermodynamics of grain boundaries and ferrite/austenite interfaces in steel are reviewed.  Recent experimental observations and modelling efforts will be reviewed.  Special emphasis will be placed on how to incorporate experimental data into models for interface motion, knowing that these models do not include many of the complexities of the real interface.  The examples considered include grain-growth in high Mn alloys, recrystallization in microalloyed steels, ferrite growth during austenite decomposition, and dynamic precipitation of ferrite.

Dr. Zurob obtained his Ph.D. from McMaster University in 2003.  He held post doctoral fellowships at the Grenoble institute and Technology and Oxford University prior to joining McMaster as an Assistant Professor in 2005.  He was promoted to Associate Professor in 2012 and Professor in 2017.  Dr. Zurob is presently serving as Chair of the Department of Materials Science and Engineering.

The aim of Dr. Zurob’s research is to understand and control microstructure development in engineering materials with the goal of optimizing mechanical properties.  The applicant has made significant contributions to the areas of thermomechanical processing, recrystallization modeling, functionally-graded materials, austenite decomposition and structure-property relationships.  Dr. Zurob is the recipient of several prestigious awards including the Sawamura Award and Guimaraise Award of ISIJ and the Best Young Researcher Award of Internationally Recrystallization and Grain Growth Conference.  In addition, Dr. Zurob is a dedicated educator who was recognized by several teaching awards at McMaster.  Dr. Zurob is also an active participant in professional societies including ASM, TMS and ASM Materials Camps Canada.